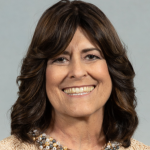 Lisa looked up. There was one wispy cloud in the sky. Elul was coming.

Linda Hirschel and her husband have lived in Israel for 38 years. She is an Orthodox Jew, a mother, and a grandmother. Originally from Boulder, Colorado, Linda graduated with a B.A. in  English Literature from Middlebury College, Vermont. She has been published in numerous Orthodox publications which include Mishpacha, Ami, and Binah Magazines. She has articles in The Boston Globe, The Jewish Press, Chabad.org, and Kveller.com. Linda is currently writing a children's book.