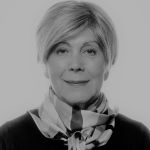 Harriet Shenkman earned a Ph.D. from Fordham University. She is a Professor Emerita at City University of New York. Her poetry awards include the Women’s National Book Association 2013 Annual Writing Contest in Poetry and the Women Who Write 2013 International Poetry and Short Prose Contest. Her poetry appeared in Union, the Raynes Poetry Competition Anthology, Evening Street Review, Third Wednesday, Jewish Currents, Jewish Magazine, Westchester Review. Oyez Review, The Alexandria Quarterly, Comstock Review, The Berru Poetry Series, and two poetry chapbooks. This story is based upon a character in her novel, The Camel Tamer. She hopes to find a publisher for it soon.