The Bread of Freedom 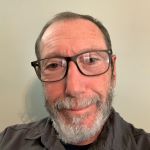 The Bread of Freedom

Death and life are in the power of the tongue (Proverbs 18:21)
You shall not insult the deaf (Leviticus 19:14)
It is I who created the craftsman who blows on the coals and forges weapons suited to their purpose; I also created the destroyer to work havoc. No weapon made will prevail against you. In court you will refute every accusation. The servants of Adonai inherit all this; the reward for their righteousness is from me, says Adonai.  (Isaiah 54: 16-17)

Lawrence Kurlandsky, MD is a retired pediatric pulmonologist/immunologist who has a long-standing interest in Jewish folk stories and midrash. Over the years, during free time at medical meetings or family vacations, he has been moved to write stories that capture his thoughts about people or locations with an attachment to Jewish ideas. This story came about from his knowledge of the medical literature, his experience as a pediatrician, and his knowledge of Morse code as a former amateur (ham) radio operator.