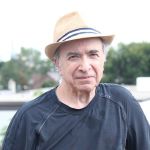 That afternoon, on pure impulse, I had acted in a way that we are expressly enjoined from acting. Now, thousands of miles away, decades after the Shoah, I watched a young woman who had known nothing of her past, nothing of her identity, circle her groom for the seventh time. I don’t mind admitting there were tears.

Michael Posner is an award-winning writer, playwright, and journalist, and the author or coauthor of nine previous books. These include the bestselling Leonard Cohen, Untold Stories: The Early Years, Vol. 1, and From This Broken Hill, Vol. 2, as well as the Mordecai Richler biography The Last Honest Man and the Anne Murray autobiography All of Me, both of which were national bestsellers. He was Washington Bureau Chief for Maclean’s magazine and also managing editor of the Financial Times of Canada. He later spent sixteen years as a senior writer with The Globe and Mail.