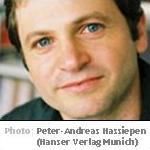 (Excerpt of a novel)

It’s called the Villa Venice, a nightclub and casino in the suburbs, done up in red tassels with waiters dressed as gondoliers. They rowed you to your table in a real boat down a real canal. Sam Giancana owned the place and his friend Sinatra and his boys, Dean Martin and Sammy Davis, appeared at the grand opening as a favor. Bernice and Seymour Popper are in the crowd, at a table with Sid and Babette Kaufman. Sid got them tickets. Sid Kaufman always gets them tickets.
A woman at the next table says, “No, he’s a real Jew. I hear he’s got a rabbi and everything.”
A man says, “Sammy can buy a rabbi and stick him on the lawn. Hey, you know what they call him in Harlem?”
“What?”
“The kosher coon!”
“Oh, Bill, shush.”
Dino comes out first and stumbles around a melody, murmuring: Drink to me only, that’s all I ax, ask, and I will drink to you…I left my heart in France and Cisco. The crowd laps it up. Dino’s so saucy. How can you not love Dino?
Sinatra follows and does a number, but he’s languid. Nobody in Chicago wants to hear "Chicago." It’s embarrassing. What, you think we’re a bunch of yokels here in the Middle West, Frank? He slows the tempo a little. Toddlin’ town, he says, not singing, talking it, swingin’ town. Still the crowd doesn’t go for it and the song’s a bomb.
Finally Sammy comes on and everybody starts waking up. He introduces himself as Harry Belafonte and begins doing “What Kind of Fool Am I?” At first it gets a laugh. Sammy smiles wide, but then keeps going with it. The crowd stops laughing and starts listening. Sammy, my God, that voice. Even mocking Belafonte, even without trying. The man sings a joke and still he sounds like an angel.
Why can’t I cast away this mask of play and live my life?
The mobsters in the crowd start scratching themselves. The boy can sing, can’t he now?
Then the highlight of the night, Frank and Dean join Sammy on stage. This is what everybody came for, the clan clowning.
Sammy sings, “She’s Funny That Way.” I’ve got a woman…crazy for me…She’s funny that way…I ain’t got a dollar. Can’t save a cent…She wouldn’t holler...
“Wouldn’t holler?” Dean says. “That’s too bad.”
(Crowd giggles.)
She’d live in a tent.
“Jewish people don’t live in tents,” Frank says.
That Frank. He’s not funny till he’s funny but by god when he’s funny – biggest laugh of the night goes to Sinatra.
“Don’t live in tents!” Sid Kaufman howls. Even Babette laughs a little, and it always takes a lot to get Babette Kaufman even to smile. Bernice doesn’t laugh. She only keeps looking at the stage. All night, she’s only been looking toward the stage.
Dean’s still doubled over. Sammy too. He can hardly breathe Sinatra’s so goddamn funny. But watch Sammy closely when he comes back to the mike. His laugh holds back a little? Sammy gazes out at the crowd, as if he’s looking for somebody?
Seymour too is roaring along with everybody else. He smacks his knees. He gulps his drink. Oh, that Frank. But he thinks, I’m with you, Sam. You’re one of us now. No matter how high you build yourself, they’ll always find a way to tear you down. Damn right we don’t live in tents, not anymore. Now we live out here in the suburbs with the rest of the musketeers.
With his free hand he reaches to rub the back of Bernice’s neck. She shifts in her seat, only inches, but enough for his fingers to dangle, for a moment, before he retreats them to his drink.
Why can’t I ever touch you, Bernice? Why do you always pull away?
Copyright © Peter Orner 2011
This excerpt, “One of Us,” is adapted from Orner’s new novel, Love and Shame and Love, forthcoming this November from Little, Brown.
Peter Orner is the author of a novel set in Namibia, The Second Coming of Mavala Shikongo, Finalist for the Los Angeles Times Book Prize and winner of the Bard Fiction Prize, and the story collection Esther Stories, winner of the Rome Prize from the American Academy of Arts and Letters and the Goldberg Prize. A 2006, Guggenheim Fellow, Orner has also edited two volumes of oral history, Underground America and Hope Deferred: Narratives of Zimbabwean Lives. Orner is currently a visiting writer at the Writers' Workshop at the University of Iowa.