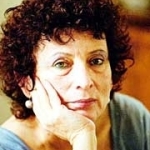 Nurit Zarchi (the author) was born in in 1941 and grew up at Kibbutz Geva. She studied at the Hebrew University of Jerusalem. Zarchi has worked as a journalist and held creative writing workshops for children and adults. Zarchi has published novels, short stories, several books of poetry, a collection of essays and over 100 books for children. She has received every major Israeli award for children and youth literature, including the Bialik Prize (1999), the Ze'ev Prize (five times), four IBBY Honor Citations, the Education Minister`s Prize for Lifetime Achievement (2005) and the Amichai Prize (2006). Her books have been published abroad in ten languages. In 2021 she received the Israel Prize for literature.