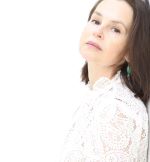 Rimma Kranet is a Russian-American fiction writer with a Bachelor’s Degree in English from University of California Los Angeles. Her short fiction has appeared in Brilliant Flash Fiction, Construction Lit, Coal Hill Review, EcoTheo Collective, The Common Breath, Drunk Monkey, and other magazines. Her work is forthcoming in 2022 in The Short Vigorous Roots: A Contemporary Flash Fiction Collection of Migrant Voices. She resides in Florence, Italy and Los Angeles, California.