The Rabbi Who Was Saved By Jesus 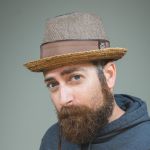 The Rabbi Who Was Saved By Jesus

Josh Kail is a writer of Jewish-themed satire. His Jewish satire, Medium page, From the Rebbitzman’s Desk, has been featured in The Jewish News Syndicate (JNS). Josh’s writing addresses themes such as antisemitism, politics, congregational life, and being a rabbi’s spouse. Originally from the Philadelphia area, he now lives on the West Coast with his rabbi wife and two children. In his professional capacity as a PR professional, he has ghost-written for politicians and tech industry leaders. This is his Jewish Short Fiction Debut. Josh can be found on Twitter at @Jkail1, “America’s Rebbitzman.”