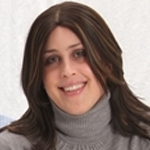 Leah Damski’s work has appeared most recently in Literary House Review, The Shine Journal, and The MacGuffin.  An MFA in Fiction candidate at Columbia University, Leah has just completed a novel about the unique inhabitants of a Jewish block in Brooklyn.