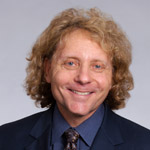 Thane Rosenbaum is a novelist, essayist, and law professor, the author of the novels, The Golems of Gotham (San Francisco Chronicle Top 100 Book), Second Hand Smoke, which was a finalist for the National Jewish Book Award, and the novel-in-stories, Elijah Visible, which received the Edward Lewis Wallant Award for the best book of Jewish-American fiction. His articles, reviews and essays appear frequently in The New York Times and other national publications. He appears frequently at the 92nd Street Y where he moderates an annual series of discussions on Jewish culture and politics. He is the John Whelan Distinguished Lecturer in Law at Fordham Law School, where he also directs the Forum on Law, Culture & Society. He is the author of The Myth of Moral Justice: Why Our Legal System Fails to Do What’s Right (Harper Collins 2004), which was selected by the San Francisco Chronicle as one of the Best Books of 2004.