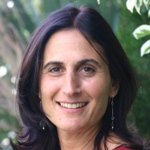 Jaim Benjamin was in great spirits, even better than the day before, an uncommon reaction to a project’s close. Many people whose life stories Isabel wrote experienced a down toward the end of working on their books. The buoyancy of the telling usually gave way to a re-experience of loss, often accompanied by sudden self-consciousness: how would the book be received? What they never voiced, but Isabel imagined, was the question of whether she had done a good enough job. These fits of insecurity passed with the actual publication of the book, for inevitably, from family and friends, the reception was one of unqualified appreciation.