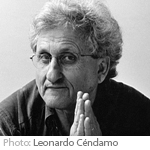 By A. B. Yehoshua

Translated from Hebrew by Stuart Schoffman

“Can they?” The priest laughs. “Maybe, but at whom? The dead are dead. And the living want to keep on living.”
Copyright © 2011 by Abraham B. Yehoshua
English translation copyright © 2013 by Stuart Schoffman
This novel, previously published in Hebrew, will be published in English next month by Houghton Mifflin Harcourt and can be purchased here.
A. B. Yehoshua is one of Israel’s preeminent writers. His novels, which have been translated into 28 languages and received numerous awards worldwide, include Mr. Mani, Five Seasons, A Journey to the End of the Millennium, The Liberated Bride, and A Woman in Jerusalem, winner of the 2007 Los Angeles Times Book Prize. In 2012 Yehoshua won the Prix Médicis étranger, the French prize for foreign literature.
Stuart Schoffman (the translator) is a journalist, screenwriter and lecturer. A fellow of the Shalom Hartman Institute, he worked for 17 years as a columnist and book critic at The Jerusalem Report.  His translations from Hebrew include books by A.B. Yehoshua, David Grossman and Meir Shalev. He lives in Jerusalem.