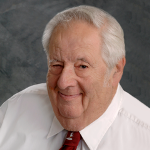 Mackie Levine’s writing began while he was in the army. Along with his regular duties he was given the job of Information and Education Specialist, so he worked as a photojournalist for his last year there. It wasn’t until thirty years later that he started to write again. Writing was a hobby, a means of cathartic relief. He wrote short stories about memories and incidents around him. He has been writing now for thirty years and only recently have his friends read any of his work and encouraged him to submit some work to see if it was worthy of publication. “Chanukah” is his first published story, and he is delighted to have it appear in Jewish Fiction .net.