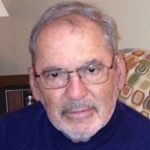 I scooted out the door, raced back to the archives, got my photocopies just before closing, beetled over to the hotel to pick up my bag, and reached the airport just in time to catch my plane. But the departure was delayed for an hour. I was relaxing with eyes closed and a warm cup of coffee in my hand, when nine bearded men wearing wide-brimmed fedoras and long black coats approached. And I heard the words again: “Du bist der tsenter.”