The Casket in Cogan's Cellar 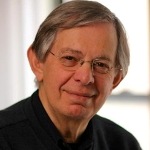 The Casket in Cogan's Cellar

Cogan hesitates for a second. He remembers what his mother said at the airport. “Yeah,” he says. “Go figure. They thought I was going to die.”

Copyright © Robert Sachs 2015
Robert Sachs is a writer living in Louisville, Kentucky. He earned an M.F.A. in Writing from Spalding University (2009). He serves on the board of Louisville Literary Arts and has been a board member of Sarabande Books, a not-for-profit book publisher. His short stories have appeared, or are scheduled to appear, in Mobius, the Journal of Social Change, The Front Porch Review, Boundoff, The Writing Disorder, Red Fez, The Blue Lake Review, Northern Liberties Review, Black Heart Magazine, Literary LEO,  Lowestoft Chronicle, Diverse Voices Quarterly and The 10th Annual Writer's Digest Short Short Story Collection. His story “Blue Room With Woman,” was an honorable mention finalist in the Glimmer Train November 2009 Short Story Award for New Writers. He was a semi-finalist in the Nineteenth Consecutive New Millennium Writing Competition.