Purchase of Goods of Dubious Origin 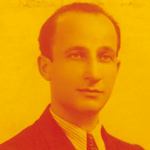 Purchase of Goods of Dubious Origin

Translated from Italian by Steve Siporin

The glorious, alluring Emancipation had offered a new sacrifice on the altar of Liberty and of the Country of Laws.

Augusto Segre (the author) was born in the small northern Italian city of Casale Monferrato in 1915. He left for Rome in 1933 to study law at the university and Judaism at the rabbinical college. During World War Two he fought as a partisan in northern Italy. After the war, Segre became an educator, writer, translator, editor, and cultural leader, publishing educational books on the Jewish festivals and commentaries on the Torah. He taught at the Italian Rabbinical College and the Lateran Pontifical University, the first Jew to occupy a chair at this Catholic university. Augusto Segre retired to Jerusalem in 1978, publishing his memoir, Memories of Jewish Life, in 1979. “Purchase of Goods of Dubious Origin” appeared in his final work, Stories of Jewish Life, in 1986, the year of his death.

Steve Siporin (the translator) is a professor of folklore at Utah State University with a special interest in the culture of the Jews of Italy. He has published a translation of Augusto Segre’s memoir, Memories of Jewish Life: From Italy to Jerusalem, 1918-1960 (University of Nebraska Press, 2008).