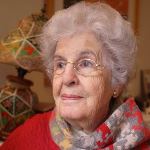 Naomi Shepherd is the author of eight books published in the UK and US. Born and educated in the UK, she spent 45 years in Israel working first in the Hebrew University and then as political correspondent for leading UK and US newspapers. Her biography of Wilfrid Israel won the UK Wingate Prize. Others include studies of l9th century visitors to Palestine and the British Mandate, a history of Jewish women radicals, the administration and life of Jerusalem, Russian immigrants to Israel, a memoir, and one collection of short stories. “Local Currency” is the title story of a new collection for which she is looking for a publisher. She currently lives in London.