Max Baer and the Star of David 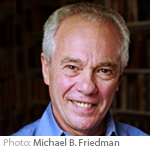 Max Baer and the Star of David

Max arrived at the YMCA on Monday afternoon, August 24, 1959, accompanied by a young actress, Ilana Roza Bator, who had long flaming red hair, and wore a backless green silk dress.  I had been Max’s sparring partner, corner man, handler, and Man Friday all through his glory years—when he was an up and coming boxer, when he was heavyweight champion of the world and, following on his defeat by Jim Braddock, when his boxing career had been in decline even as his star as an actor and entertainer, in movies and vaudeville, had risen.  I also worked part-time as coach of the Golden Gloves boxing team at the Embarcadero YMCA in San Francisco and, a treat for my boys and the YMCA community, I had persuaded Max to visit us and stage a few exhibition rounds.
We had set up a boxing ring in the main gymnasium, and Max glad-handed the people assembled there—my boxers, the director of the YMCA, the staff, board members, and major donors and sponsors—and he introduced us all to Ilana, told us she was from Budapest, had arrived in Hollywood three months before, would be starring in a Warner Brothers spectacle about David and Bathsheba, and that while she prepared for the part, he was helping her learn how to cope with producers, directors, and assorted other West Coast predators.  Fishermen too, he added, to laughter, which was why he was showing her San Francisco.
He had also brought his accompanist, Leo Bukzin, with him—Leo often worked with Max and “Slapsie” Maxie Rosenbloom on their vaudeville tours—for whom we had brought in an upright piano, and Max announced that before we got to footwork in the ring, he and Ilana had a surprise for us.  Leo played a rippling intro, and then Max and Ilana broke into a soft-shoe to “Tea for Two,” and when they were done, Max told the young boxers to get in line behind him and Ilana.
“It ain’t that hard—if a lummox like me can do it, so can you, and here’s the way it goes,” he said, and he started in teaching my boxers the basics—the brush, flap, shuffle, and ball change—and as soon as they caught on, he showed them the time-step, and the ‘Jackson Heights crossover,’ and told them they’d soon be dancing rings around their mystified opponents.  Then he asked everyone to join in singing, and pretty soon it was as if we were on a sound stage at Warner Brothers, the air filled with music, and my boxers dancing in a chorus line, after which Max had me pass around jump ropes, and he and the boxers—I joined them—began skipping rope in time to the music.
Next, Max got the crowd clapping, a slow one-two beat, accent on the second beat—one-two, one-two—and when the beat had gone on for a while, and Leo had started playing a tinkly burlesque number, Max stripped to the waist, revealing his gorgeous chest and shoulders—my boxers cheered and whistled—and he tore off his trousers, revealing his white silk boxing trunks, a coal-black Star of David emblazoned on the right leg, which had adorned his trunks for the first time when, in 1933, the year Hitler had become Chancellor of the Third Reich, Max had, before 60,000 cheering fans in Yankee Stadium, fought and defeated Hitler’s boxer, Max Schmeling.  Max hopped through the ropes and into the ring, and asked who was going be the first guy to get in there and knock him to Canarsie.
“I may be old,” he said, “but I’m as strong as I ever was!” He glanced down toward his private parts.  “Why now I can bend it!”
My boxers laughed, many of the women covered their eyes, and when Max beckoned to me, I entered the ring, stripped down to my trunks, which, in preparation, I had worn beneath my street clothes.  The cheering grew louder.  Two of my fighters now entered the ring, wrapped our hands in tape, put on our gloves, and laced them up for us.
I put on my padded headgear, but when one of the boys offered headgear to Max, he said no thanks, that he didn’t have any brains left for anyone to knock out.  He pointed to the Star of David on the right leg of his trunks, and asked if it was kosher to wear it at a Young Men’s Christian Association, or maybe I had a cross of Jesus he could pin on the other leg, and then he announced that what people should be on the lookout for were not stars or crosses, or the punches we threw, but the way we bobbed and weaved to keep punches away so our mothers would still love our gorgeous mugs, and that though he was a pretty fair defensive boxer, they were about to see a guy—me—who was the best of the best.
The bell rang, and we danced around one another, and Max faked a left to the stomach, came over quickly with a right cross, and I brushed it away.
“See what I mean!”  he cried out.  “See what style this man has!  Good manners too, ‘cause that was a wicked right cross I just threw, and he flicked it away like he was telling me to forget the funny business or I’d be seeing stars, right?”
We traded punches, Max skipping away every fifteen or twenty seconds to joke with the crowd—patter I was familiar with—and when the bell rang ending the round, instead of going to his corner, he went to the center of the ring, held up a hand to stop the applause.

And then he and I waltzed around the ring for a while, and gave the folks a show they would never forget, and I made sure that, try as he might, Max did not win a single kiss from Ilana.
Copyright © Jay Neugeboren 2016.
This story has been adapted from Jay Neugeboren’s new novel, Max Baer and the Star of David (Mandel Vilar Press, February 2016).

Jay Neugeboren is the author of 22 books, including five prize-winning novels (The Stolen Jew, 1940, etc.), two prize-winning books of nonfiction (Imagining Robert, Transforming Madness), and four collections of award-winning stories. His stories and essays have appeared in many publications, including The New York Review of Books, The Atlantic Monthly, The American Scholar, The New York Times, Ploughshares, and Hadassah, and have been reprinted in more than 50 anthologies, including Best American Stories and O. Henry Prize Stories. Professor and writer-in-residence for many years at the University of Massachusetts at Amherst, Mr. Neugeboren has taught at other universities, including Stanford, Indiana, S.U.N.Y. Old Westbury, and Freiburg (Germany). He lives in New York City, where he teaches in the Columbia University Graduate School of the Arts.