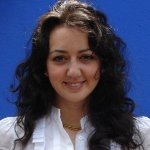 Tamara poised her pen over a blank piece of paper. She pulsated with a mixture of excitement and anxiety and she wasn’t going to let Menachem’s nervous flittering a foot away take this from her. Tamara had waited for these blissful days since she was a little girl. Of course she had pictured her groom bluer eyed and perhaps a little broader through the shoulders, but there was still time for Menachem to undergo a growth spurt. Tamara’s sister, Hannah’s husband Hillel, grew a full foot after their wedding. There was hope for Menachem.