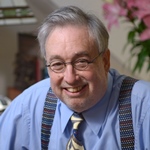 Born, bred and bar mitzvah’ed in Beaufort, SC., Bernie Schein graduated Newberry College, then earned his Master’s Degree from Harvard University. Bernie’s been featured and published in Atlanta Magazine, the Atlanta Journal-Constitution, Newsweek and other magazines, journals, and periodicals. His most recent books are Famous All Over Town (2014) and If Holden Caulfield Were in My Classroom (2009). Presently, he writes, speaks and tells stories about his life as a Jewish-southerner. An educator for 45 years, he is also an educational consultant, doing workshops, giving talks and telling stories. Bernie and wife Martha are parents and grandparents and live in Beaufort, SC.