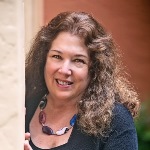 Barton lifted his lips from the mouthpiece and smiled. Then he fingered the valves and began to play. Slowly Cheryl walked over and knelt on the floor. Laying her head upon his knee, all she could hear was the thump thump thumping of her heart.

Copyright © Marlene Olin 2016
Marlene Olin’s short stories have been featured or are forthcoming in over sixty publications. She is the winner of the 2015 Rick DeMarinis Short Fiction Award as well as a Best of the Net nominee. Born in Brooklyn and raised in Miami, Marlene attended the University of Michigan. She recently completed her first novel.