A Portrait in Time 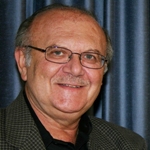 A Portrait in Time

In the years following the making of this portrait, the people in the photograph and others who appeared in the story became victims of the Holocaust. This is what is known of their fate.
Those in the portrait:
Yoshia, Vikke, and Henia: All three, after being expelled from their home in Chornohuzy, were killed in 1941 by the Nazis and their Romanian collaborators.
Chava: Her real name is not known. Nothing is known of her life.
Zelig: Survived the Shargorod ghetto in Transnistria with his wife Freda. Their first daughter was born in Shargorod. After the war, they emigrated to Israel where a second daughter was born.
Others in the story:
Yakov: His real name is not known.  Nothing is known of his life.
Leib : Murdered near his home by local Ukrainians in 1941, the first casualty in the Jewish community of Chornohuzy.
Itzik: Nothing is known of his fate.
Tushka: Survived the Bershad ghetto in Transnistria with her husband Zoniu. They emigrated to Israel after the war and had a son and daughter.
David and Chaya Sura: Survived the Shargorod ghetto in Transnistria, together with their two teenage sons. The family, including a third son born after the war, settled in the Sonnenfeld Colony, a Jewish farming community in the province of Saskatchewan, in Canada.

The remaining people portrayed in the story are entirely fictitious.

Copyright © Sam Hoffer 2016
Sam Hoffer was born in Chernivtsi (Chernovitz) , Ukraine in 1945, the son of Holocaust survivors. He and his family emigrated to Canada where he grew up in a Jewish farming colony in southern Saskatchewan. An economist by profession, Hoffer holds an MEd from the Ontario Institute for Studies in Education, University of Toronto. He writes short stories and poetry and is completing a memoir of his childhood on the prairies, An Uncertain Dawn, excerpts of which were published in the Canadian Jewish News. He has released a CD of original Yiddish tales entitled, S'helft nisht keyn krekhtsn! (website: yiddishstories.com) selections of which were broadcast on Yiddish Forward Radio, New York. Hoffer is also active in the visual arts as a photographer and producer of video biographies.