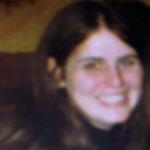 What’s grotesque is also lovely—I can taste both where I kiss.

Michele Merens is a playwright and writer with published credits in: Third Wednesday, Lilith, Poetica, PlumHamptons, Inkwell, Thema, Verse Wisconsin, Vietnow, Crawdad and various anthologies. She is a winner of a 2008 Puffin Foundation Grant for her full-length play The Lion’s Den, the production archived on DVD at the Wisconsin Veteran’s Museum, Madison, WI. She is a Barnard College Senior Scholar in Creative Writing and a member of the Dramatist’s Guild.