The Fingers on the Hill 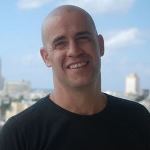 The Fingers on the Hill

Translated from Hebrew by Judy Kupferman

Eytan Freier-Dror (the author) was born in Jerusalem. He studied musicology at the Hebrew University of Jerusalem and composition for cinema at the Rimon School of Music. So far he has produced two discs with his songs. In the year 2010 he established the "Ensemble Dror – Hebrew Music" which he directs to this day. The Fingers on the Hill is his first book. It is the recipient of the 2016 Sapir Prize for best debut of the year. Here is a link to one of the songs of Freier-Dror's ensemble. https://www.youtube.com/watch?v=OyUpBdo1Xp

Judy Kupferman (the translator) was born in New York City. She moved to Israel at the age of 18 where she has so far lived happily ever after. She has translated numerous academic papers and books (fiction and non-fiction). Recent books include Catalog for Israel Pavilion of the Venice Architecture Biennale: The Confusion between Art and Design" (Tsion Avital) and Shanti House Way (Mariuma Ben-Yosef). She is also a noted theater lighting designer and has a PhD in physics.