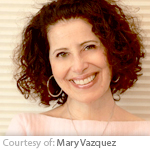 Lesléa Newman is the author of 70 books for readers of all ages including the short story collection, A Letter To Harvey Milk; the poetry collection, I Carry My Mother; and the children’s books, A Sweet Passover, Here Is The World: A Year of Jewish Holidays, and Ketzel, The Cat Who Composed. Her literary awards include writing fellowships from the National Endowment for the Arts and the Massachusetts Artists Foundation, and the Association of Jewish Libraries Sydney Taylor Award. From 2008-2010, she served as the poet laureate of Northampton, MA. Currently she teaches at Spalding University’s low-residency MFA in Writing program.