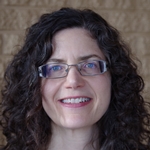 Sharon Roseman lives in St. John’s, Canada where she is Associate Dean (Research and Graduate Programs) in the Faculty of Humanities and Social Sciences, Memorial University. Trained as an anthropologist, she has always worked across disciplines and expressive genres, including in translation, photography, and film. Her latest non-fiction book is The Tourism Imaginary and Pilgrimages to the Edges of the World (co-edited with Nieves Herrero). Her poetry and fiction have been published in Poetica: Contemporary Jewish Writing, CuiZine: The Journal of Canadian Food Cultures, and Found Polaroids.