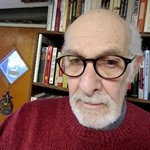 Matt Nesvisky for 16 years was a senior editor and reporter at The Jerusalem Post. Currently he is a contributing editor for The Jerusalem Report. As a freelance writer, Matt Nesvisky has published nearly 900 articles in such publications as The New York Times, The Philadelphia Inquirer, The Economist, The New York Daily News and The World Journalism Review. He has reported from Israel, Egypt, Lebanon, Britain, Russia, Eastern Europe, South Africa, Japan and China. Matt Nesvisky holds a doctorate in English from Carnegie-Mellon University and currently resides in Philadelphia.