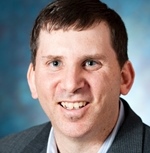 Bryan Schwartzman is an award-winning journalist whose work has appeared in the Jewish Exponent, Forward, Jerusalem Post, The Queens Tribune and other publications. His fiction has been published in The Schuylkill Valley Journal and been nominated for the Pushcart Prize. He currently works in the communications department of the Reconstructing Judaism, a nonprofit organization, where he co-hosts the podcast, #TrendingJewish. Bryan earned a master’s degree in Modern Jewish Studies from the Jewish Theological Seminary. He previously studied journalism and English at the University of Massachusetts, Amherst. A native New Yorker, he lives in suburban Philadelphia with his wife and two daughters.