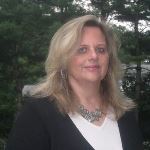 Darlene Leiser is a mother of six, triplets among them, savta of six, previously a restaurant owner, finally opening myself up to writing after thirty years of childrearing. Child of Holocaust survivors, became modern Orthodox as a child. Lived in Israel, hopes to one day again perhaps. Would love to continue portraying the cornucopia of Jewish culture, especially in the religious community, with tales of light and darkness.