The Rumours of War 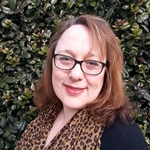 The Rumours of War

Another memory plays upon me: of a film that was shot within the Vatican walls. After the war, the film would only be screened for the public once, in Paris, and then, be declared a heresy by the Vatican, which had financed its production. An old man now, in Los Angeles, I remember my role as a pilgrim, who left from the facade of a train platform, the station clock marking six, the evening light long. I was on a journey for salvation, a journey, which I am still on.

This short story was inspired in part by Vittorio De Sica’s La Porta del Cielo, The Gates of Heaven, reportedly filmed in the Vatican and Rome near the end of the Nazi occupation with the support of the Vatican. Copies of the film are not available to the public.

Caroline Bock’s debut short story collection, Carry Her Home, is the winner of the 2018 Washington Writers’ Publishing House Fiction Prize and will be published this October. She is the author of the young adult novels Lie and Before My Eyes from St. Martin’s Press. Currently a lecturer in the English Department at Marymount University in Arlington, Virginia, she is at work on a new novel set in 2099 about a fractured Jewish family. She lives in Maryland. More at www.carolinebock.com.