Raining In The Holy Land 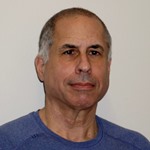 Raining in the Holy Land

Elan Barnehama’s “Raining in the Holy Land” is an excerpt from Escape Route, his novel-in-progress. Set in 1969 New York City, Escape Route is narrated by 14-year-old Zach who is obsessed with the Vietnam War, locating an escape route for when the US decides to round up its Jews, and a girl named Samm. Elan’s first novel, Finding Bluefield (2012), explores what happens when society’s invisible become visible. Elan’s writing has been published online and in print and his essays have aired on public radio. He was a fiction editor at ForthMagazine, and is a New Yorker by geography and a tortured Mets fan by default. Elan lives in Los Angeles.