A Crocodile in the Kinneret 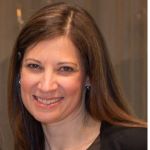 A Crocodile in the Kinneret

In July of 1993, a ten-foot long crocodile patrolled the clear waters of the Kinneret, Israel’s Sea of Galilee. That was the same month that Naomi Singer escaped from the frozen faced prostitutes who loitered outside the post office a block away from her New York City apartment and the screeching Subway 6 Train, which reminded her of a winter coat with a sticky zipper in the vicinity of 51st Street. If she plopped down on her bed and comforter, a profusion of exploding pink roses, peonies, and magnolias, she could almost touch the computer on her desk as well as her chest of drawers containing dainty cashmere sweaters with mother of pearl buttons. The squeaking exhaust fan of a restaurant rattled outside of her window, and when the Third Avenue horns quieted, she could hear the machine’s rhythmic whining. Naomi closed her eyes and tried to pretend the grumbling came from a whirling disc of a merry-go-round. The grating sound of metal rubbing against metal singed her ears, delicate like her pastel pink sweater.

Sharon Forman is a Reform rabbi and Little League mom. She has served as the director of the religious school at Manhattan’s Temple Shaaray Tefila and has taught students at Westchester Reform Temple for the past 15 years. The author of Honest Answers to Your Child’s Jewish Questions, she most recently published The Baseball Haggadah: A Festival of Freedom and Springtime in 15 Innings. Her essays on parenting, growing up in the South, and liberal Judaism have appeared in numerous publications. She holds degrees from Yale University, Columbia Teachers College, and Hebrew Union College-Jewish Institute of Religion. She and her family reside in Westchester, New York.