A Tribute To Parables 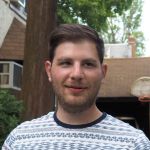 A Tribute to Parables

Aaron Berkowitz earned his Master of Fine Arts in Writing from Sarah Lawrence College and his Master of Science in Teaching English to Speakers of Other Languages from the City College of New York. He is a writer, the editor-in-chief of the Jewish Literary Journal, and a teacher in New York City. This story is from his unpublished novel How They Survive, a fictional retelling of his grandparents’ lives after the Holocaust. He is currently looking for representation for this book. Other stories from the novel can be found in Arkansas Review (“Nostalgia”) and Crack the Spine Literary Magazine (“Revision”).