Encounter: A Conversation Between Two Converts 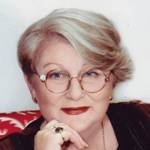 Encounter: A Conversation Between Two Converts

Translated from Serbian by Chrstina Pribichevich

This excerpt from The Legend of Luna Levi is set in Istanbul, Ottoman Empire at the beginning of the 16th century. Solomon is Luna's father who once was Jewish but his ancestors converted to Christianity and at this point he reconverts to his original religion, Judaism. Orlu-Pasha was forcefully converted from Christianity to Islam when he was a boy.